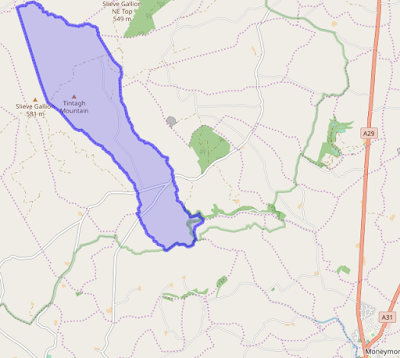 And then...nothing. No further baptisms. Peter doesn't appear in the circa 1860 Griffith's valuation; there are no plausible Irish death records for him or Eleanor; nor Irish marriage or death records for the kids. Most probably they emigrated, but because of the organization of digitized immigration records, and the plethora of Cargans, Cargins, Carrigans, Corrigans, and Kerrigans among Irish immigration records to the US and Australia (to say nothing of Scotland and England), so far I haven't tracked them down.
Posted by Gerard Harbison at 6:14 AM