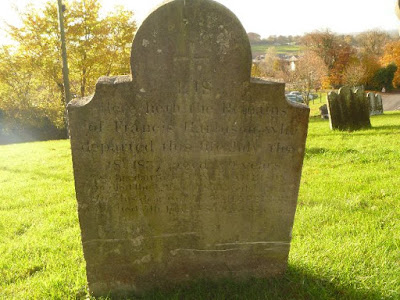 Far more plausible is that she had a spinster daughter named Lucy, whose death on 13 December 1896 is recorded in Moneymore, at the age of 66. Presumably she was one of Francis and Lucy's children, although this is by no means certain. Reporter is John Morris, whose wife Elizabeth (née McKenna) inherited Lucy's pittance (3 pounds). Lucy was living at 15 Lawford Street in 1893; John and Elizabeth Morris at 17 Lawford Street in the 1901 Census. Elizabeth was likely related by marriage; possibly her mother was a Harbison. Oddly, I can find no record of the older Lucy's death, other than the grave marker. In any case, other than Lucy, who've I've by no means established was a daughter, I can find no trace of Francis's other children. Probably a lot of sad tales there, untold.
Posted by Gerard Harbison at 7:08 AM